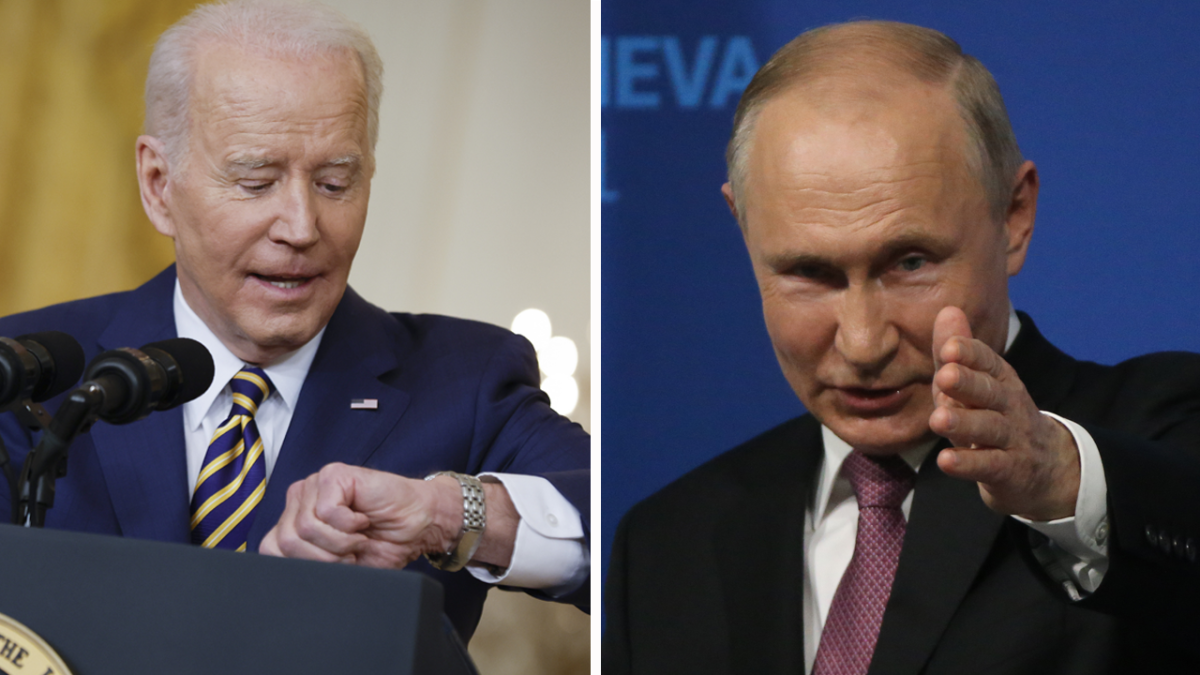 President Biden held a “cheat sheet” of prepared answers for a key question during his White House news briefing Monday – a question about why his remarks on Saturday suggested support for regime change in Russia.

Several reporters asked the president to address his comment, “For God’s sake, this man cannot remain in power,” which he made at the conclusion of a Saturday speech in front of the Royal Castle in Warsaw, Poland.

Biden insisted he is not “walking back” his comments, seeking to separate his wish for Putin not to be leading Russia from an official policy that would seek to remove him.

“I was expressing my outrage at the behavior of this man,” Biden said, calling the Russian president’s behavior “outrageous” and that his comments about him were “more an aspiration than anything.”

Photos from the conference revealed a cue card for the question.

“If you weren’t advocating for regime change, what did you mean? Can you clarify?” the anticipated question reads.

“I was expressing the moral outrage I felt toward the actions of this man,” Biden’s prepared answer reads. “I was not advocating a change in policy.”

The cue cards also included a lengthy question regarding NATO and a brief, scripted response from Biden: “No. NATO has never been more united.”

“Are you worried that other leaders in the world are going to start to doubt that America is back if some of these big things keep you say on the world stage getting walked back?” Doocy asked.

“We were talking about helping train the Ukrainian troops who were in Poland,” the president said.

When Doocy pressed him, Biden added, “I was referring to meeting with and talking with the Ukrainian troops who were in Poland.”

“And when you said that chemical weapon use by Russia would trigger a ‘response in kind?'” Doocy pressed.

“It will trigger a significant response,” Biden said.

“What does that mean?” Doocy pressed again.

“I’m not going to tell you,” the president added. “Why would I tell you? You’ve got to be silly.”

Biden insisted that if he told Doocy what the response would be, “then Russia knows the response.”