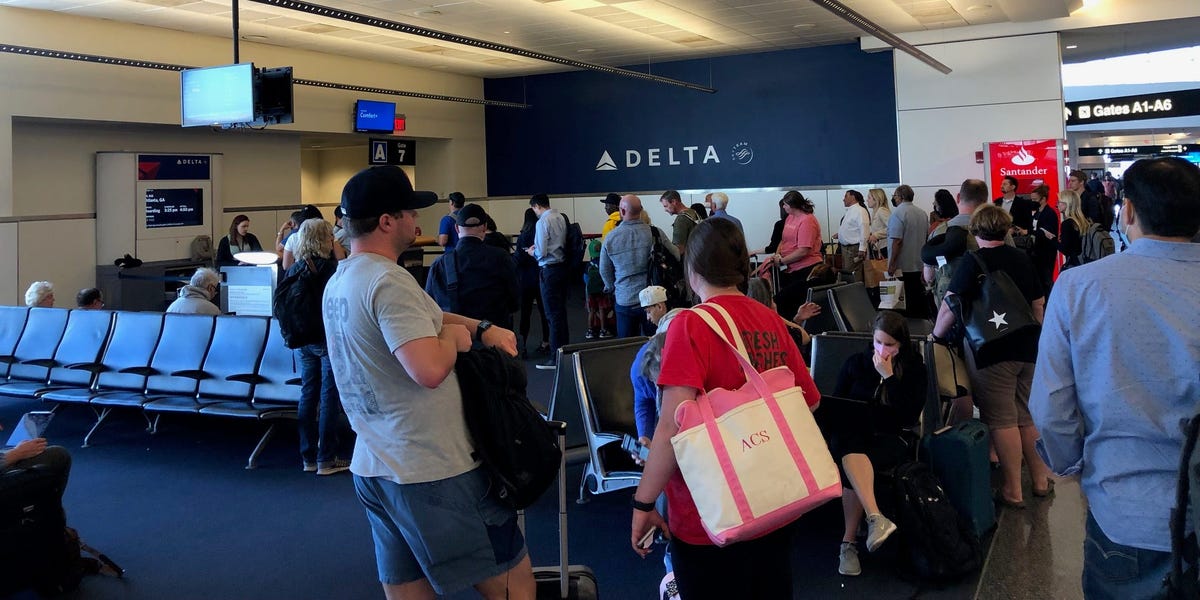 Dozens of Delta passengers have been stranded at the Hartsfield-Jackson Atlanta International Airport for more than 24 hours following a slew of cancellations, according to local reports.

Frustrated travelers told 11 Alive they’ve had flights changed or canceled multiple times, thwarting their plans and leaving them without personal items left in checked bags. Their travel woes come as more than 14,000 flights within, out of, or into the US have been canceled or delayed across Friday and Saturday, with an additional 950 already axed on Sunday, according to data from flight tracker Flight Aware.

Reports of marooned customers also follow Delta’s recent announcement that it plans to cancel 100 flights per day in July and August to prevent summer travel disruptions, as the airline struggles to keep up with skyrocketing demand and ongoing labor shortages.

“A variety of factors continue to impact our operations, including challenges with air traffic control, weather, and unscheduled absences in some work groups,” a Delta spokesperson told Insider on Saturday. “Cancelling a flight is always our last resort, and we sincerely apologize to our customers for the inconvenience to their travel plans.”

Disabled army veteran Joe Reis told 11 Alive that the extensive delays have prevented him from returning home from his honeymoon, putting a damper at the end of what had otherwise been a joyous occasion.

“Instead of it being a happy honeymoon, it became a very miserable plane ride waiting for this hell hole to let us finally leave,” Reis told 11 Alive, adding that he slept on the floor of the airport overnight.

Others are starting to run out of essential items, like Brooke Osbourne, who told 11 Alive she’s now short on diapers and formula for her 11-month-old daughter.

“We’ve just been giving her more food throughout the day and less bottles since all of her formula is in our checked bag, which is in Omaha,” Osbourne said.

While all airlines have shown signs of struggle in recent months, Delta has been hit particularly hard. The carrier canceled 700 flights during Memorial Day weekend, the most of any airline. A spokesperson told Insider at the time that Delta allowed cancellations at least 24 hours ahead of departure time and found later flights for 90% of customers impacted by disruptions.

Transportation Secretary Pete Buttigieg met with virtually several top airline CEOs on Thursday to discuss the industry’s challenges and press the executives to find ways to improve service ahead of the July 4 holiday, Reuters reported.

“Air travelers should be able to expect reliable service as demand returns to levels not seen since before the pandemic,” Buttigieg tweeted on Friday.