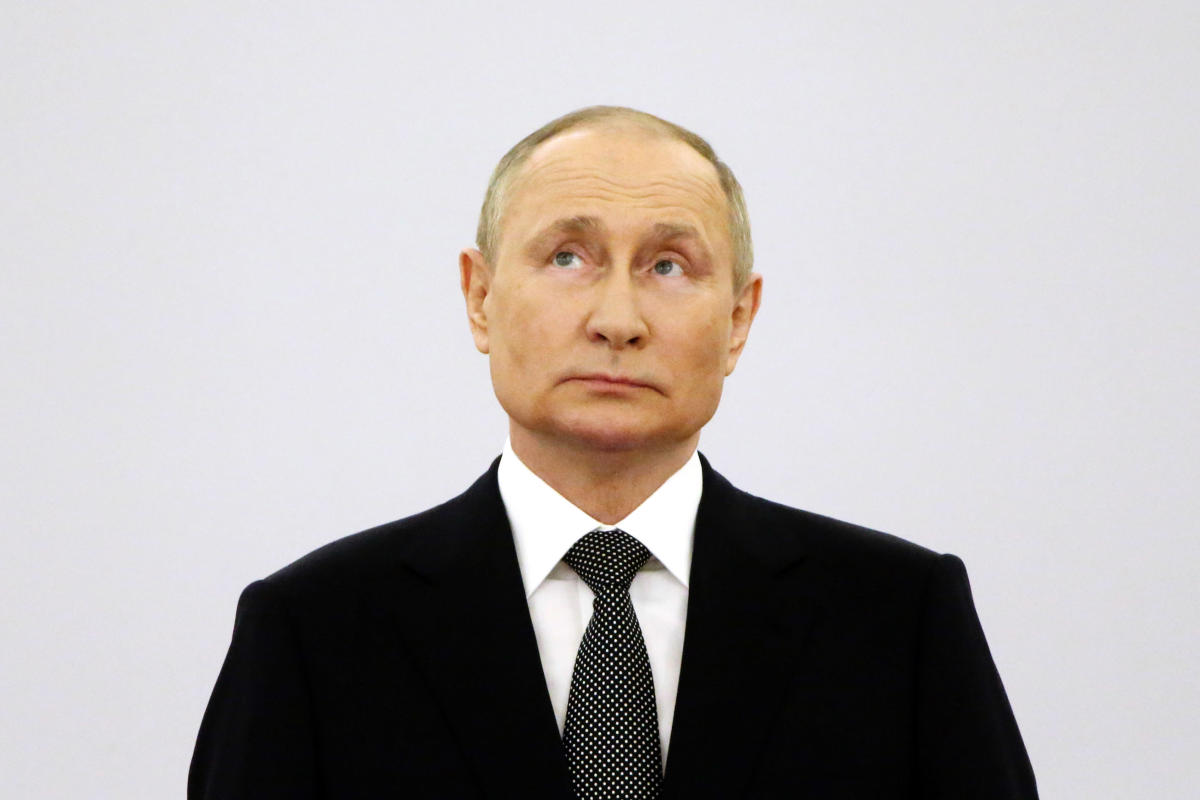 Between a tanking stock market, soaring inflation, and mounting recession fears, Americans are turning on the economy.

And somewhere Vladimir Putin is probably smiling about it.

Amid all the chaos, inflation has become the biggest financial concern of nearly every American as prices rise for everything from gas to groceries.

There are several reasons that inflation reached a 40-year-high of 8.6% last month, including rising rents and labor costs. But economists say a major driver is Russia’s invasion of Ukraine, and the subsequent disruption to commodities that it has caused.

“The Russian invasion and spike in oil and other commodity prices is the No. 1 reason, followed by the pandemic & the housing shortage,” Mark Zandi, chief economist at Moody’s Analytics, wrote in a recent Twitter thread.

The invasion in February immediately scrambled the global economy and felt international markets spiraling into uncertainty. Some commodities have been especially volatile, including oil and food, due to constrained supply from Ukraine and Russia.

Responding to the invasion, Western powers unleashed a crippling series of sanctions on Russia’s economy. Hundreds of international companies have left the country, and Russia’s subsequent isolation led to a GDP loss of 3.5% there in the first quarter.

But even as Russia’s economy feels the pain, President Vladimir Putin continues to dictate global prices for energy and food. Western sanctions are starting to hurt the US and the rest of the world too due to recent surges in energy prices that have caused factory shutdowns and slower growth across the US and Europe, proving that Russia has more leverage than Western leaders thought.

If the war continues to drag on, global financial institutions including the World Bank say that it could have even more serious consequences for the US economy. And experts have started to sound the alarm about another financial threat not seen in decades: stagflation, a toxic combination of high inflation and slow growth.

The war will likely lead to “several years of above-average inflation and below-average growth,” Malpass added. “It’s a phenomenon—stagflation—that the world has not seen since the 1970s.”

Stagflation happens when growth slows significantly, but high inflation and prices continue to plague the economy.

The US has not really seen stagflation since the 1970s, when that decade’s high oil prices led to simultaneous slower growth, high unemployment, and persistent high prices. Today’s circumstances are different from the 1970s, but a prolonged war in Europe would lead to very similar risks.

Supply shortages and soaring energy prices caused by the war have already begun forcing European factories to shut down. The manufacturing and industrial output in the US is also starting to show signs of slower growth.

Lower industrial output could signal that a recession is nearing, as many economists are predicting. But with high fuel prices continuing to be a driving force behind high prices, it’s the perfect combo for stagflation.

Since the war began, a wave of Western sanctions has battered Russia’s economy, which preceded the departure of hundreds of foreign-owned enterprises and largely cut the country off from the global economy. But while sanctions have been brutal for average Russian citizen, with Russia’s inflation rate already at 20%, the country’s massive oil and gas sector continues to play a large role in global energy markets—and will probably continue to do so for some time.

The European Union has committed itself to reduce its reliance on Russian oil imports by 90% before year’s end. But the continent is still buying more than half of all Russian oil exports, and it might be a while before the West is able to completely wean itself from Russian fossil fuels.

And even if Europe is able to reduce its dependence on Russia, the country is still pursuing profitable energy deals with China and India. Constrained global supply also means that oil prices will likely stay high, which will be a boon for Russian oil companies.

“In terms of rejecting our energy resources—this is unlikely over the next few years,” Putin said in a meeting with young entrepreneurs this week. And the Russian president may be right, as a recent analysis by Bloomberg forecasted that Russian oil and gas revenues will be as high as $285 billion in 2022, 20% more than last year’s windfall.

With Russia more financially stable than many in the West had hoped, Putin has been unafraid of shutting the gas valve to Europe. Only this week, Russia tightened gas flows and felt European prices surging 24%, an act some experts said was “politically motivated.”

For as long as Putin has this much control over energy prices, the West will be fearful of constrained energy supply. And with fuel prices being one of the main drivers of inflation in the US, Putin’s actions could lead to a prolonged period of high prices.

In the World Bank’s report, Malpass cautioned that the key to averting stagflation is to increase fuel production to reduce prices and help manage inflation. But with Putin seemingly ready to curtail gas flows and send costs soaring, keeping prices in check may be easier said than done.

Even if the invasion of Ukraine isn’t going as planned for him, Putin may still be reassured that the war is causing severe economic distress in the West.

This story was originally featured on Fortune.com