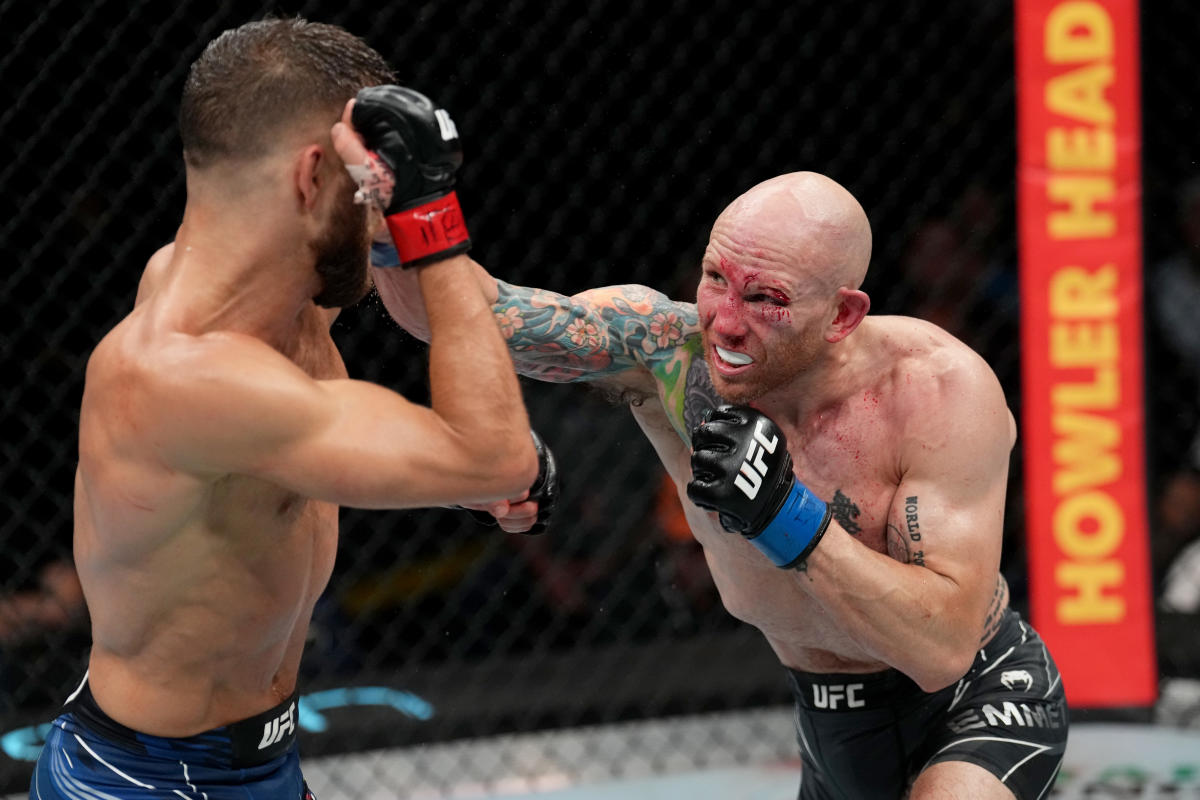 Josh Emmett has fought through an amazing amount of adversity throughout his career, so it didn’t do him all that much Saturday at the Moody Center in Austin, Texas, when a persistent jab from Calvin Kattar basically closed his left eye by the midpoint of the fight.

In the main event of one of the best top-to-bottom UFC cards of the year, Emmett’s power shots were enough — just barely enough — to give him a split decision victory over Kattar.

Emmett, though, had no doubt.

“I thought I had it 4-1,” said Emmett, who entered the fight ranked seventh in the extremely competitive featherweight division.

His corner was highly confident and was telling him he was up, which was dangerous considering how close the fight was.

It was largely a boxing match. Neither man kicked much and Emmett was 0-for-3 on takedowns. Kattar had a big elbow that landed, but that was pretty much it.

Kattar was ranked No. 4, so Emmett figures to move up, but the division is stacked and those ahead of him are scheduled for big fights next month. At the. 1 Max Holloway challenges champion Alexander Volkanovski for the belt in the co-main event of UFC 276 on July 2. No. 2 Brian Ortega meets No. 3 Yair Rodriguez in the July 18 main event.

It’s hardly a slam dunk that Emmett gets the next title shot — or that he even deserves it — but he took his shot on Saturday when the bout was over. He pleaded with UFC president Dana White.

“There’s a huge title fight in two weeks,” Emmett said. “I want to be sitting cageside to see who I fight next. Dana, give me my shot.”

Emmett was the aggressor and throwing the harder shots. Kattar’s jab was busting up Emmett’s eye, but the fight was won early. D’Amato gave Emmett the first three rounds and Lee gave him three of the first four.

Even though Kattar won the fifth on all three judges’ cards, it wasn’t enough.