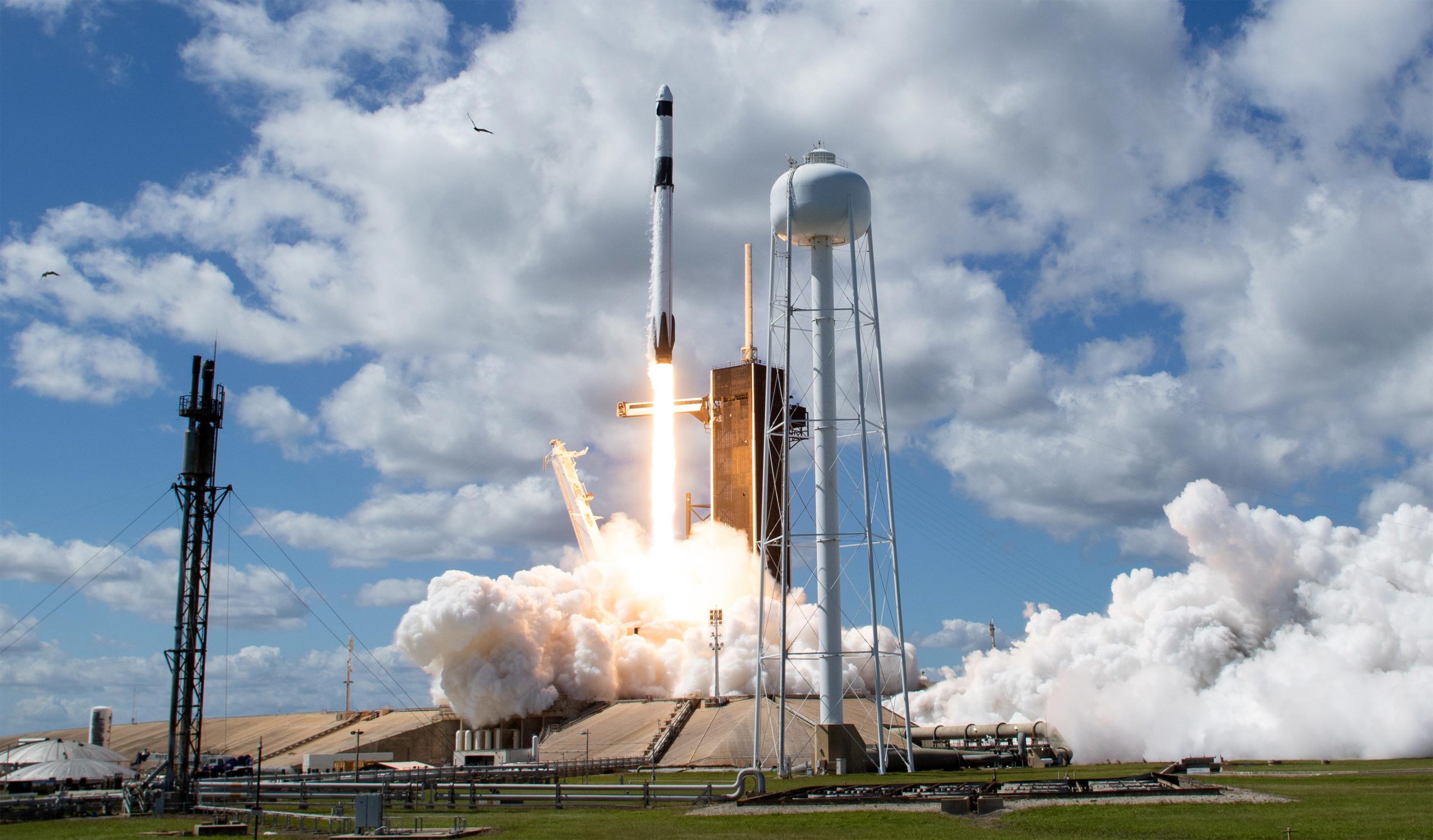 Launching a new crew to the space station …

The plan moving forward for Artemis I …

And Webb’s new look at a pair of galaxies … a few of the stories to tell you about – This Week at NASA!

Launching a new crew to the space station, the plan moving forward for Artemis I, and Webb’s new look at a pair of galaxies … a few of the stories to tell you about – This Week at NASA!

NASA’s SpaceX Crew-5 mission launched to the International Space Station (ISS) on October 5. Crew-5 will spend six months on the station conducting research and technology demonstrations that benefit people on Earth and lays the groundwork for future Artemis human exploration missions to the Moon and eventually to Mars.

NASA’s Space Launch System rocket will launch with Orion atop it from Launch Complex 39B at NASA’s modernized spaceport at Kennedy Space Center in Florida. Credit: NASA

Artemis I Teams Focus on November for Launch Attempt

In the wake of Hurricane Ian, teams at NASA’s Kennedy Space Center are looking at the November 12 through November 27 timeframe for the next Artemis I launch attempt. Artemis I updates are available at blogs.nasa.gov/artemis.

NASA’s Solar Dynamics Observatory captured this image of a solar flare – as seen in the bright flash on the top right – on October 2, 2022. The image shows a subset of extreme ultraviolet light that highlights the extremely hot material in flares and which is colorized in orange. Credit: NASA/SDO

That’s what’s up this week @NASA