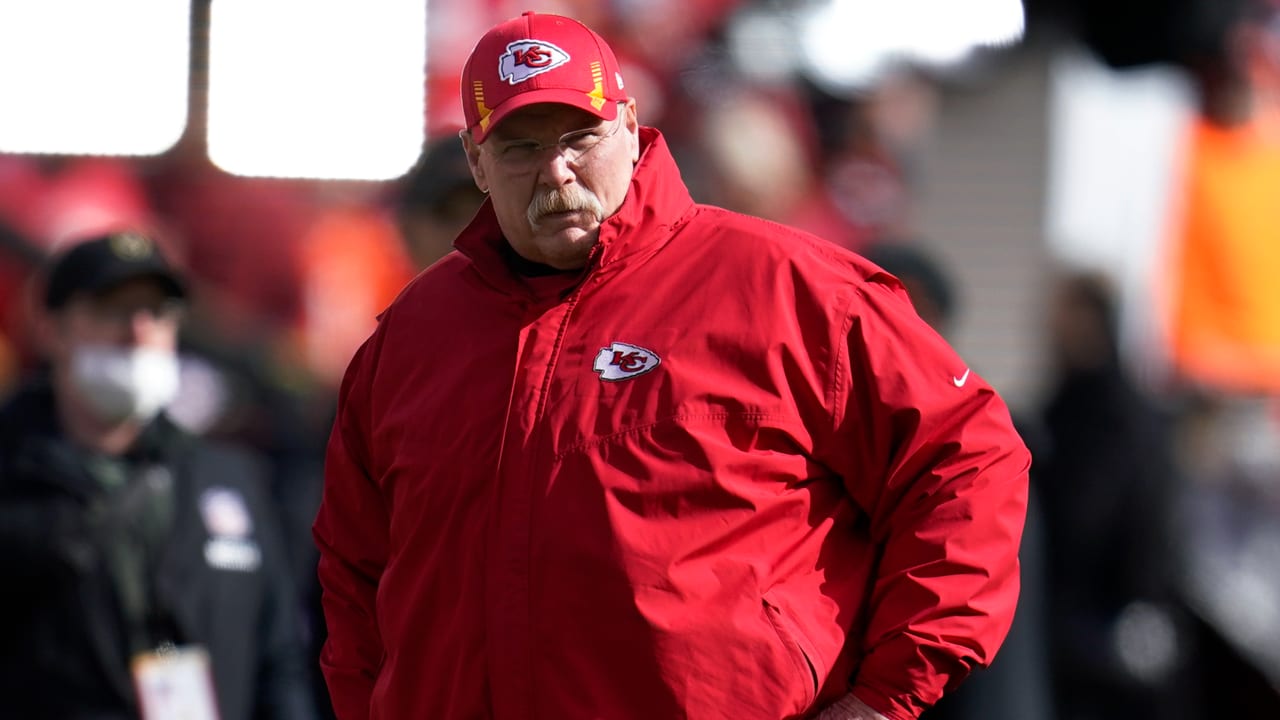 Despite the curious circumstances surrounding Tyreek Hill﻿’s departure from Kansas City, Chiefs head coach Andy Reid says there was no drama between him and the star wideout.

Speaking publicly for the first team since the team traded Hill to the Dolphins, Reid explained why the Chiefs parted ways with the six-time Pro Bowler.

“I love Tyreek Hill,” Reid said Monday, via ESPN’s Adam Teicher. “There’s no rift between Tyreek Hill and myself. I thought he deserved an opportunity if that’s where he wanted to go. He’s a family man that has a few kids and he’s got to be able to support them now and down the road, and this At the same time, it gives us great compensation.

“We came in aggressive [with a contract offer], and after we got to a point, we just said, ‘Listen, in this day and age you have issues you have to deal with with the cap.’ So we felt like it was better to allow him to go ahead and be traded. … You can go different routes with a player. You can play hardball or you can go about it the way I did, or we did.”

That offer would’ve made Hill one of the NFL’s highest-paid receivers, according to NFL Network’s Ian Rapoport and Tom Pelissero. Talks on a contract extension stalled and led to the club giving Hill permission to seek a trade. Hill was soon shipped to Miami where he signed a four-year, $120 million contract extension.

Kansas City received five draft picks including a first-rounder (No. 29 overall) in the 2022 NFL Draft in exchange for Hill. The Chiefs also received second- and third-round picks in this April’s draft and fourth- and sixth-round picks in 2023 from Miami.

“You’ve got to be able to manage that the right way,” Reid said about the Chiefs’ salary-cap situation. “If you’re paying all of your money to a quarterback and you can’t surround him with players, that can be a problem. So you have to find a way with a Tyreek Hill maybe that you have to get rid of so you can replenish. That’s offense and defense. I’m not just talking about the offensive side.”

Chiefs general manager Brett Veach will have plenty of opportunity to add talent through this April’s draft now having five picks within the top-100 selections, including two first-rounders. Kansas City has a little over $18 million in cap space as it stands on March 28, per Over the Cap.

“You want to surround him with great players,” Reid responded when asked how the trade will affect quarterback Patrick Mahomes﻿. “We did try to sign Tyreek at a certain cost. Once it gets past that, now you can see what we’re doing here with the players we brought in and we feel they’re very good football players. So, we’ll see. I mean, the end result is going to be what takes place during the season, but Brett’s building this thing back to where we feel comfortable that we can go win on Sundays.”