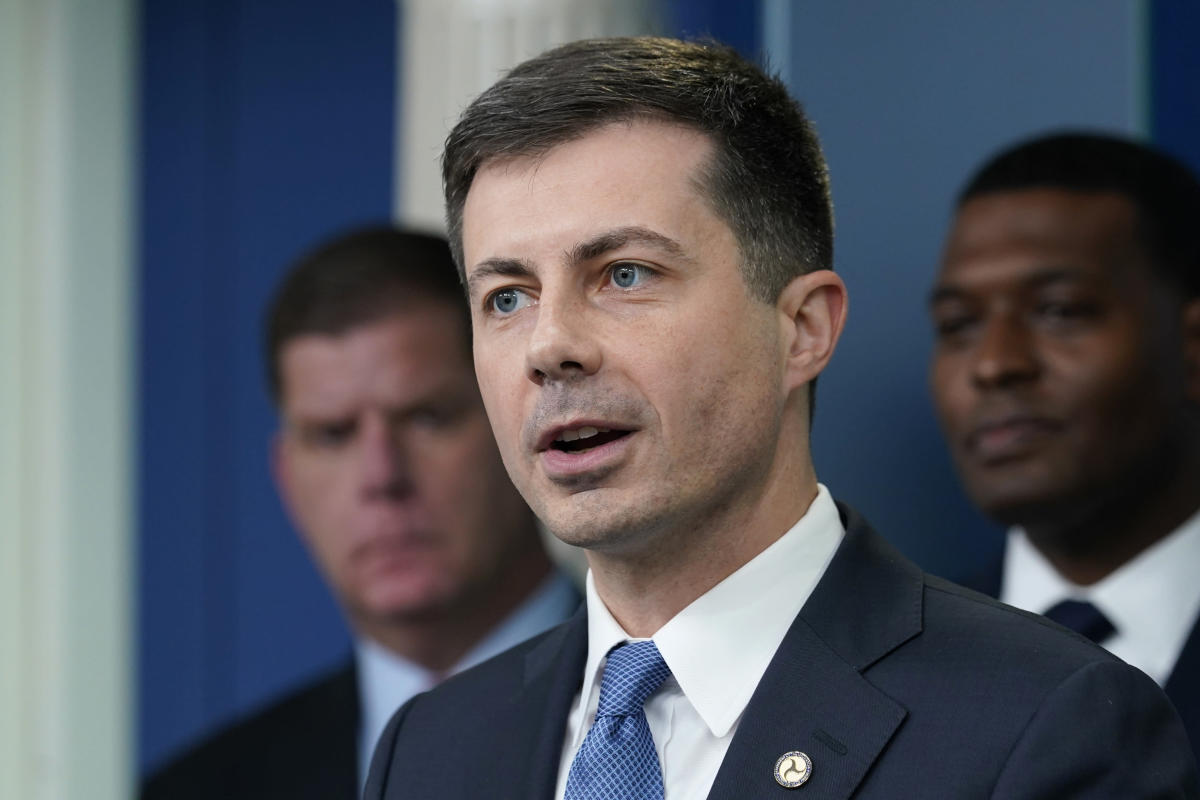 The day after Transportation Secretary Pete Buttigieg met with airline leaders to quiz them about widespread flight disruptions, his own flight was canceled and he wound up driving from Washington to New York.

“That is happening to a lot of people, and that is exactly why we are paying close attention here to what can be done and how to make sure that the airlines are delivering,” Buttigieg told The Associated Press in an interview Saturday.

Buttigieg said his department could take enforcement actions against airlines that fail to live up to consumer-protection standards. But first, he said, he wants to see whether there are major flight disruptions over the July Fourth holiday weekend and the rest of the summer.

Enforcement actions can result in fines, although they tend to be small. Air Canada agreed to pay $2 million fine last year over slow refunds.

During Thursday’s virtual meeting, airline executives described steps they are taking to avoid a repeat of the Memorial Day weekend, when about 2,800 flights were canceled. “Now we’re going to see how those steps measure up,” Buttigieg said.

Travel is back. On Friday, more than 2.4 million people passed through security checkpoints at USs, coming within about 12,500 of breaking the pandemic-era high recorded on the Sunday after Thanksgiving last year.

The record would surely have been broken, had airlines not canceled 1,400 flights, many of them because thunderstorms hit parts of the East Coast. A day earlier, airlines scrubbed more than 1,700 flights, according to the FlightAware tracking service.

Weather is always a wild card when it comes to flying in summer, but airlines have also acknowledged staffing shortages as travel roared back faster than expected from pandemic lows. Airlines are scrambling to hire pilots and other workers to replace employees whom they encourage to quit after the pandemic hit.

It takes months to hire and train a pilot to meet federal safety standards, but the Transportation Department sees no reason the airlines cannot immediately add customer-service representatives to help passengers rebook if their flight is cancelled.

The government has its own staffing challenges.

Shortages at the Federal Aviation Administration, part of Buttigieg’s department, have contributed to flight delays in Florida. The FAA promises to increase staffing there. The Transportation Security Administration, an agency within the Department of Homeland Security, has created a roving force of 1,000 screeners who can be dispatched to airports where checkpoint lines get too long.